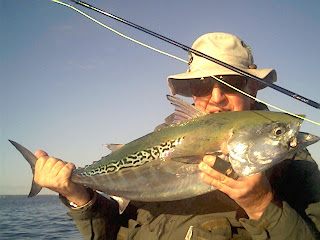 Maine is fortunate to have many active stewards helping to enhance and protect the wilds of the state. All give generously of their time, expertise and finances. Singling one out is always risky at best but always well deserved.
One man I have known for years fits the formula of an outstanding steward of Maine’s outdoor resources. His name is Clinton (Bill) Townsend of Canaan. He is a young 86 years old and continues to pursue fish and game as well as helping establish protections for the future.
His sportsman’s interests include fishing for Atlantic salmon, trout, landlocked salmon, smallmouth bass, striped bass, bluefish, false albacore or any other fish that will bend a fly rod. He isn’t married to the fly rod, also enjoying spin and bait casting tackle. Last year he told me he still would like to hook into a small bluefin tuna on a fly rod before he hangs up his fishing equipment.
He is passionate about hunting for duck, geese, grouse, woodcock, deer, turkey and other animals of Maine. For a period of time he ran retrievers in field trials. Bill was one of us crazy people who chased eider ducks during the month of January. Some people say crazy, we all say passionate. Maybe there’s a close line there! He also loved sculling up a flock of black ducks or geese on Merrymeeting Bay or on the upper reaches of the Kennebec River.
I first met Bill in the 1960’s while we served on Maine’s Waterfowl Advisory Council for eight years. Those were the times when black duck limits and steel shot issues were the order of the day. To say we were busy on the Council in those days is an understatement. Bill helped lead the Council into making the right decisions to decrease black duck limits and establish steel shot regulations. Both issues weren’t very popular with hunters. But, time has proven it was a good call.
Then there are a couple of organizations called American Rivers and the Natural Resources Council of Maine which Bill was helpful in establishing in the early days of their founding. Both organizations have gone on to establish meaningful regulations protecting Maine’s resources. The North Atlantic Salmon Conservation Organization is the international organization overseeing Atlantic salmon conservation efforts. Bill served on the body for many years. Not to mention the dam removal programs in Maine. The list of natural resource organizations he belongs to and has or is still active in is too long to list here. Let’s just say Bill has paid his dues ten fold over.
Bill’s spirit to be in the field is admirable. Like most seasoned sportsmen, he has more than his share of health issues but refuses to let that stop him from enjoying is life’s joy of the outdoors. You can see the joy on his face every time he hooks a fish.
Posted by Pinetree at 5:37 AM No comments: