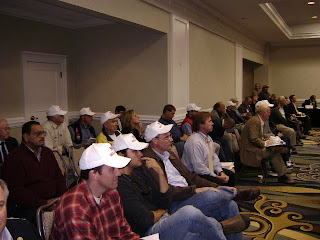 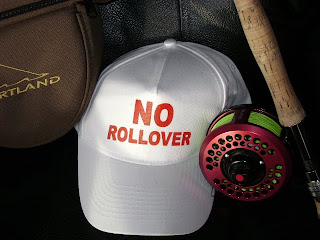 November 2, 2009 was a bench mark date in striped bass conservation. On the date, the Atlantic States Marine Fisheries Commission (ASMFC) voted not to allow a proposal allowing a commercial fishing quota rollover from previous year’s uncaught quota by a vote of 8 apposed and 6 for.

Anglers from the entire east coast had written, called and emailed opposition to the proposal. Contingents of northeast state anglers attended the meeting to appose the action and were heard by the commissioners.

The meeting was held in Newport, Rhode Island where many fishermen from Maine, New Hampshire, Massachusetts and Connecticut gathered as one to make their wishes known.

Maine anglers attended included Matt Boutet, Jay McGowen, Brian Beckman, Gordon Thompson and I. It was a long day. Matt spoke and then I spoke and that was it. The chairman cut off any further public comment!

In part, my comments are as follows: “I am apposed to a rollover of unused, commercial striped bass quotas.

“It is my observed opinion that striped bass stocks along the entire Atlantic coast are in steep decline as evidenced by the lack of robust year classes to sustain a healthy population into the future. Any increase in striped bass mortality is not in the best interest of striped bass stock stability. I lived through the last striped bass crash and I see history repeating itself.

“For the past five years I have observed a steady decline in striped bass populations ……………. There appears to be very few small fish left for the future.

“Numerous problems exist that will slow a recovery process of striped bass stocks. The biggest being the ability of the Chesapeake Bay to produce enough fish quickly. During the last striped bass population crash, Chesapeake Bay was a healthy system and responded famously.

The lengthy discussion of the commissioners was looking testy. This was going to be a long afternoon and it was.

In its formal comments before the ASMFC against the proposal, the Coast Conservation Association (CCA) “cited several disturbing trends in the striped bass fishery, including a dramatic decrease in the number of striped bass caught and released by recreational fishermen, particularly in the northeastern states of New Hampshire and Maine, the prevalence of the fatal disease Mycobacteriosis among the Chesapeake Bay spawning stock, and a Fish and Wildlife Service annual survey that encountered the fewest striped bass in the survey’s history.”

After much debate and scientific data presentations, the vote was taken.

The results are: against the rollover proposal - Maine, New Hampshire, Massachusetts, New Jersey, Delaware, Pennsylvania, Maryland and Virginia. Voting for the proposal were Rhode Island, Connecticut, New York, Potomac River Fisheries Commission, North Carolina and the National Marine Fisheries Service. The Fish and Wildlife Service abstained. Many are wondering why the National Marine Fisheries Service voted in favor of the proposal. That’s seems to be an insider situation. Maybe we can find out. Anyone have connections to find out?

Following the vote, an interesting rant by one Mike Johnson, a proxy for the NY legislator seat, chose to attack the validity of public comments coming in from emails, phone calls and regular mail. He suggested at length that they weren’t important. He was suggesting the public comments shouldn’t be paid attention to. One commissioner, Tom Fote of New Jersey aggressively counted Johnson’s rant suggesting that public input to the process is most important and should be listened to closely.

I had some hats made up saying, “NO ROLLOVER” and past them out to anyone in support. I believe we had 28 hats showing in the audience with hats on.

This action was a huge victory for striped bass. It is only round one however. If you love fishing striped bass it’s time to get involved to help insure the future viability of striped bass stocks. Join any organization which is trying to help.
Posted by Pinetree at 5:17 AM No comments: