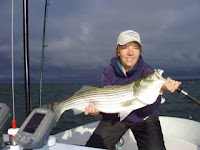 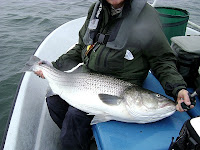 Right now, the best fishing for striped bass in Maine waters seems to be around the Kennebunk and Wells areas south of Casco Bay, including down to the New Hampshire border. The 2011 season is getting off to a better start than the past three years. Lets hope it continues.
Posted by Pinetree at 8:05 AM No comments: